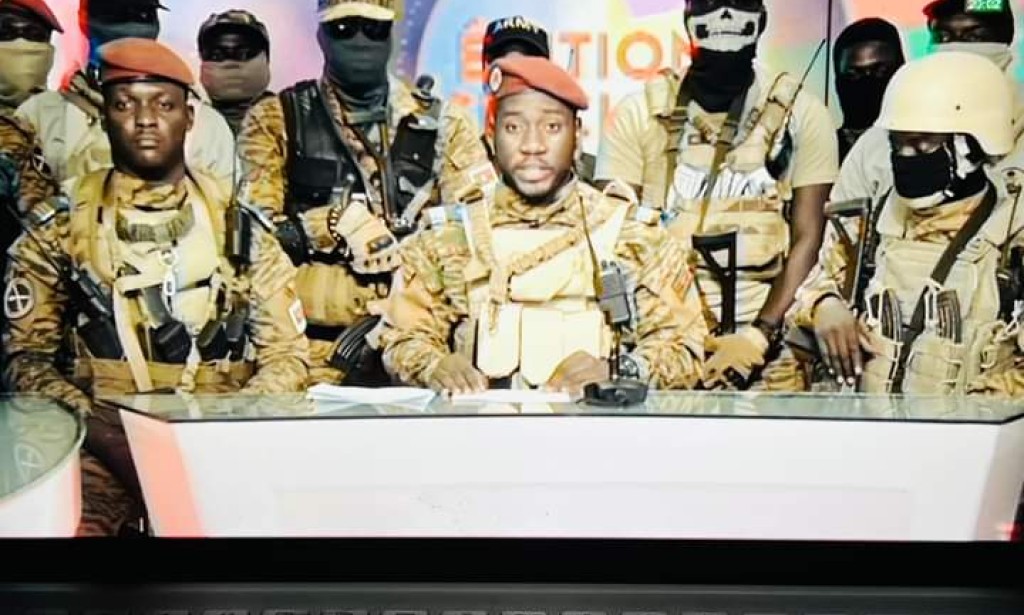 Alas, Burkina Faso Is Now In The Hard!

French-speaking Africa and the return of coup d'etats.

It is a group of soldiers led by Captain Ibrahim Traoré, announced Friday on national television of Burkina Faso the sidelining of the leader of the junta Paul-Henri Damiba, in power since a coup d'etat in January.

Captain Ibrahim Traoré read a statement announcing the dissolution of Damiba's government, the Assembly, the activities of Political Parties, Civil Society, the Constitution, as well as the closure of the country's borders until further notice.

Alas Burkina is now in the hard!

It's over for the putschist Damimba, and another putschist is about to settle down.

It is in Burkina, Guinea and Mali that the Colonels prefer to be in the Air Conditioners than to face the Jihadists who occupy 2/3 of their respective national territories.

In January 2022, they brilliantly hailed Damiba's military coup against Roch.

8 Months later, without shame, they are celebrating after the Putsch of Traoré against the same Damiba.

Nothing will surprise to see them celebrate the fall of Traoré. They are Pan-Africanists 2.0.

Can we say Kemi Seba is a visionary?

I admit it is a prophecy. He said He'll leave if He doesn't bring Blaise to justice.

"Damiba knocked out 24 hours after our announcement. We call it prophecy". Kemi Seba.

"KEMI SEBA SPEAK ABOUT DAMIBA, DRAMANE OUATARRA AND DARMANIN, THE ENEMIES OF MALI...

We warned the villain Damiba yesterday that things were going to heat up for Him. And that night crashes. And this is only the beginning….

To those subjected to FRANÇAFRIQUE, to the beggars of neocolonialism, you are all on an ejection seat… If you only knew everything we know,” says Kemi Seba.

#Burkina Faso 9/30/2022. Coup within the coup. A scenario that is repeated in West Africa.

Colonel Damiba, former President of Burkina Faso has just been removed from the ECOWAS WhatsApp Group.

What will have been the use of the previous putsch? Is military logic permanently compatible with the management of state power? #RandomMinistries.

Look for the cause and not the consequence.

Whether the power is civil or military, the people must be put at the center and rely on them and not on the external sponsors who must necessarily change their software.

If the power listens to its people, the soldiers will have no excuse to leave their barracks.  my opinion !

Bad governance is the cause of coups. I think!

Give thanks to that and we will hear no more of the military in power.

What prospects for countries which owe their survival only to external aid.

It is this truth that we dare not tell the people, preferring to drown them in trivialities.

His follower also risks falling by the wayside and it is the Burkinabe people who will be the only ones to suffer. Too bad for Africa.

Really that this coup d'etat is beneficial to the people of Burkina Faso, enough is enough!