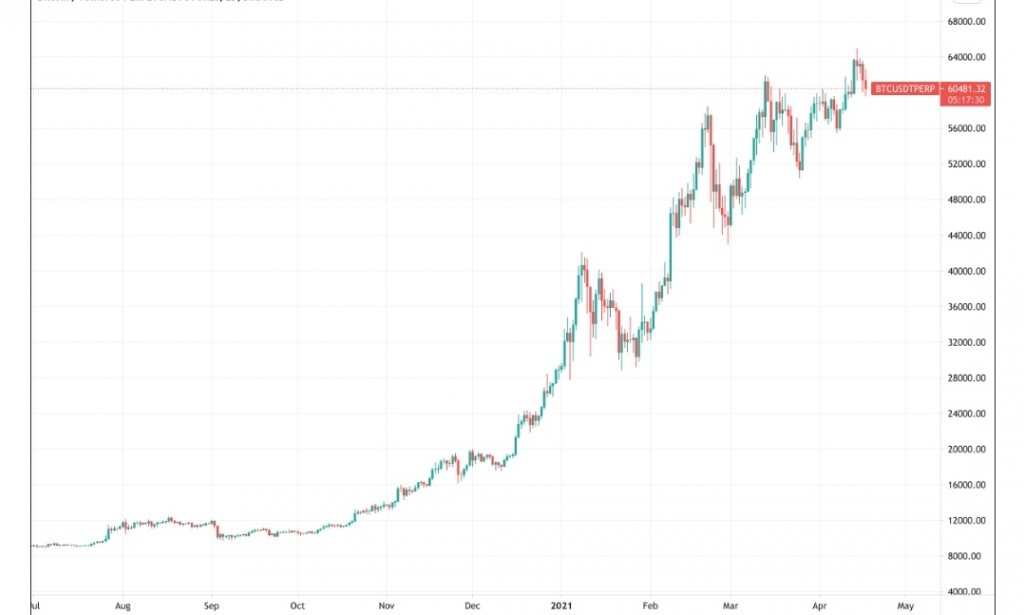 The price of Bitcoin suddenly dropped below $60,000 days after the Coinbase public listing.

The price of Bitcoin (BTC) declined below $60,000 on April 17 after a strong rally throughout the past week in anticipation of the Coinbase public listing on Nasdaq.

However, after the COIN listing, which is the ticker of the Coinbase stock, the cryptocurrency market started to correct.

As a result, the cryptocurrency market rallied leading up to the listing with BTC price hitting new all-time highs above $64,00. However, it was almost expected to see Bitcoin and Ether (ETH) drop after the fact, considering the tendency of cryptocurrencies to sell off after a major even

Another major factor that contributed to the drop in price was the relatively high funding rates for longing Bitcoin. This, alongside strong technical resistance at $64,000-$65,000 were the likely reasons that BTC tested $60,000 support after the hype around Coinase's listing began to fade