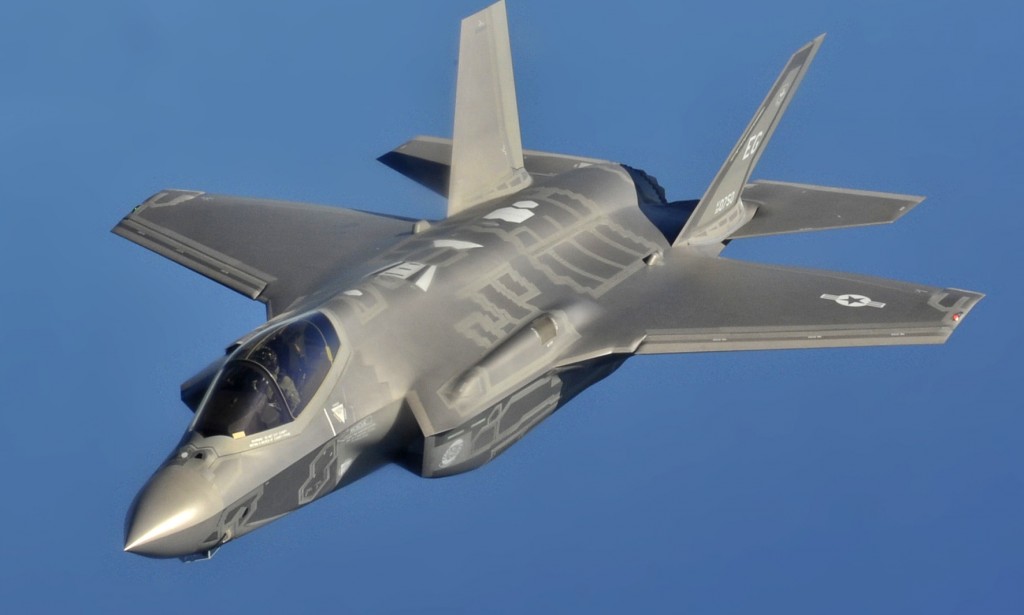 T This article from Forbes caught a lot of my attention and not necessarily in a good way. During my research I’ve seen something that is interesting. It seems like one outlet will write an article then several other outlets will just copy it nearly word for word. Most of the time the author tries to make the title a little more clickbait-ish. I can't even begin to tell you how many times I've seen the original article claiming one thing and soon after popular mechanics putting, as some you I’m sure you have noticed with any other typical article. I can’t blame them though. Since, we live in a world where there is so much competition with everyone else trying to grab every viewer’s attention,but it's a whole other thing to mislead the viewer.

The air force did not admit the f-35 has failed. it likely isn't going to fully replace the f-16 as originally stated but I cannot see how that can justify classifying the entire F-35 program as a failure. So is it a failure? Well depends on how you define failure. it could also depend on how you define the word “replacing”. Does it mean completely getting rid of every last F-16 and replacing them with f-35s or simply replacing the F-16 as the main modern fighter in the air force's inventory?

You could even make the argument that therefore the F-35 is more successful than the F-15.

Now i'm not at all saying that is the case but it shows that the government is always trying to look ahead, but even if a new program for a new fighter was started today (which it hasn't yet) and they set out the requirements. It will almost certainly be 10 years or maybe even more than that before a design wins and the aircraft takes flight. Even then, possibly another 5 to 10 years before it actually enters

I don't care to defend the F-35 although i know it might seem that way it certainly has a lot of issues and even when everything is working perfectly it shouldn't be the U.S’s only tool. I've always thought that going with all stealth aircraft was not a smart idea. Having only stealth aircraft makes

everything extremely expensive in every way imaginable. They cost a ton of money to build, maintain and operate. Which then means you can't afford as many of them. Which means losing one becomes a much bigger loss. Also, the propaganda expense inflicted by losing one is high as well.

As General Brown sums it up  “ you don't drive your ferrari to work every day”. It's for specific special occasions. Same is true with the state-of-the-art stealth aircraft you don't need f-35s for every mission. Like fighting the war in Afghanistan. Sort of like drones, in a way the mq-9 reaper could never operate and survive against an enemy with modern air defenses. it's way too slow not at all agile and

doesn't carry any countermeasures .but for a war like that in Afghanistan it's perfectly suited.

Going back to the article. its basis for saying the F-35 failed is because the air force's chief of

Staff general Brown stated that he wants to begin to study different options for the future. Part of that is developing a new light fighter to replace the F-16. Light fighters are smaller in size and mass which typically makes it more maneuverable and less expensive to produce. However they typically don't have the range and payload capacity as heavy fighters.

The F-16 is technically a light fighter with the F-15 being the heavier fighter. In the sense that even its lightest variant the f-35a is heavier than the f-15 so it could make sense to develop a new light fighter to complement the f-35. Utilizing each in different roles but the f-35 has been an incredibly ambitious program. Maybe too ambitious the amount of new and powerful sensors it has and then trying to fuse all that data together like the EOTs its AESA radar electronic warfare system.

Ats distributed aperture system of six infrared cameras across the aircraft that allows the pilot to actually see through the aircraft and what's going on directly below him. Data links to the pilot’s  helmet mounted display system and others. It gives the pilot such a level of situational awareness that is currently impossible with any other aircraft in the world. Getting all those to work together perfectly has been a major challenge and has been one of the biggest problems with the f-35. It’s been causing high cost overruns and long delays and those long delays are likely making it even more expensive as well as technology has been advancing so quickly that the original software and hardware back in 2006 when it first flew has changed dramatically. Imagine using a computer from 2006 today while also trying to get all those systems to work properly and fit inside an airframe that has to be shaped in a way that is low

observable or stealthy. It is incredibly difficult and some of these issues might not be solved anytime

This has all created an extremely expensive aircraft that was originally planned to be an affordable aircraft, but it turned out to be the most expensive fighter ever developed. Prices jump

around depending on how many are bought each year but on average it's still costing over 100 million dollars each. But the US air force's f-35s were originally planned to replace cf-16 (which was also extremely ambitious at the time) some of that was likely overstatements to try to sell the program to congress. However, as the program grew new requirements were added further changes needed to enable those new requirements and much more it became clear this wasn't possible there are very clearly.

Two different aircraft used for two different reasons. one designed from the ground up to dogfight it'd be highly maneuverable to succeed. The other relying on remaining unseen and using its unmatched level of situational awareness to succeed. Each one is valuable and there's more than enough reason to have both. So is the f-35 a failure? Well it comes down to semantics. How you define the word failure? Did it fail to replace the f-16 as it was originally designed to do? Yes BUT that seems to be a pretty weak argument alone to call the aircraft a failure.

The entire f-35 program is not being scrapped throwing out the aircraft it. Currently operates and not buying anymore. The defense department's tactical air Strategy, “attack air” has always been and

still is today to supplement 4th gen fighters with modern 5th gen aircraft like the f-22 and f-35 and they are still buying f-35s and will continue to do so for years to come...

Souce to the orginal Forbes article:https://www.forbes.com/sites/davidaxe/2021/02/23/the-us-air-force-just-admitted-the-f-35-stealth-fighter-has-failed/?sh=54ddac4e1b16

They are making mistakes