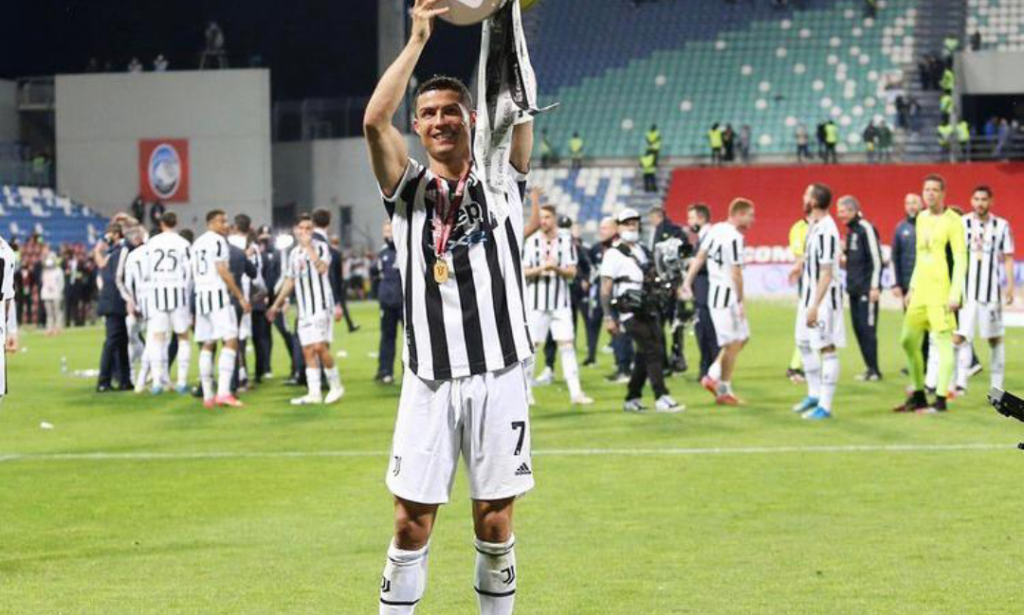 The Italian league winner has been decided despite having a match to go in the league, Inter Milan ended Juventus's dominance in the Serie A by lifting the title in the 2020/21 football season.

Juventus couldn't keep up with the league challenge, they struggled so far and are still struggling to keep a Uefa Champions League spot for the coming season. They currently sit in the Europa position which means they could probably not makes it to the UEFA Champions League if Napoli wins the last win of the season.

The current situation of the club puts Cristiano Ronaldo in a tight corner on his future with the club since he might not be playing in the Champions League next season. The Portuguese International did his best with the club but unfortunately, they couldn't fly the club's flag high in Europe this season.

The season almost left Juventus with nothing but they found their way to the final of the Coppa Italian where they faced Atalanta for the title. It was hard to predict the final match of the Cup because talking of performance this season in the league, Atalanta performs better than Juventus and we all know how dangerous the team can be.

Juventus seems determined and they put in lots of effort into the final which ended pretty well for them. The Italian giant defeated Atalanta 2 - 1 to win the title and football fans around felt that Cristiano Ronaldo should have a reason to stay at the club since the season didn't end completely on a bad note.