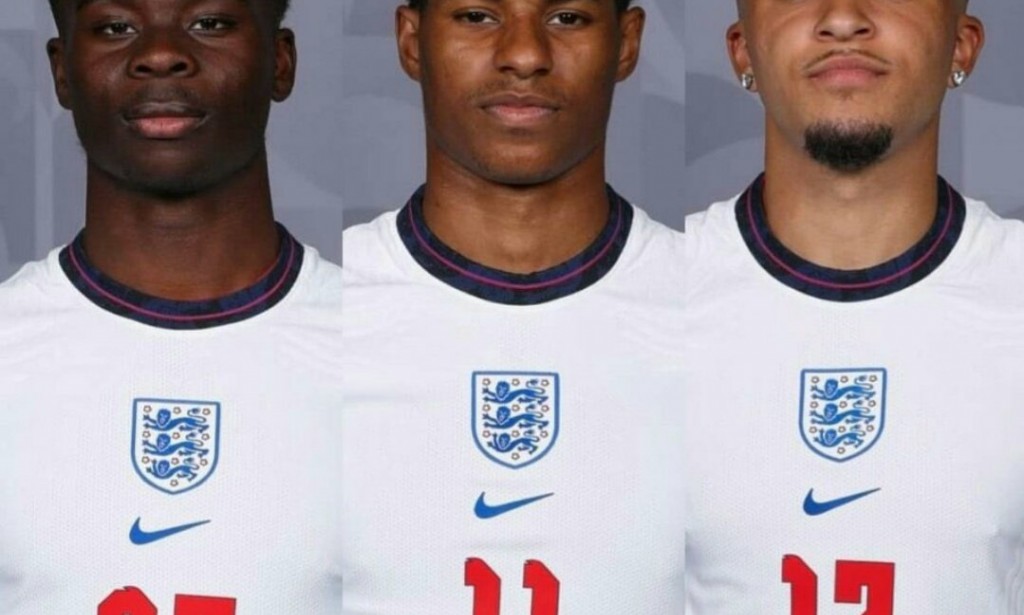 SINCE SLAVERY, RACISM HAS BEEN A WOUND FOR AFRICAN DESCENT.

SINCE SLAVERY, RACISM HAS BEEN A WOUND FOR AFRICAN DESCENT.

The notions of race and racism are of relatively modern origin. Although ideas about human differences on the basis of color and phenotypic characteristics already occurred in earlier societies.

English players of African descent have been the victims of racist remarks of rare violence since England's Euros2021 loss to Italy.

The targets are: Rashford, Sancho and Saka.

This is just the start of Saka's England journey at 19 years old only, it's His first time of taking a penalty since he has becomes a professional.

It's just football and anybody can lose penalty... We don't need racism!

But I'm not surprised to see racism elsewhere, because racism also exists in Africa... Xenophobia towards the Pygmies and the Antilleans, and this shouldn't be!

Unfortunately, there is no color to be a victim, or to be guilty of racism.

God created the world so that we can all meet, but unfortunately others scum abuse,

while others play roles of building love because it is all the mixtures of cultures, colors and other things that make this world down here a beautiful place.

Life cannot be called life if it is not the one we lead with love.

Though, it might not be easier to get a chance that will stop racism so easily, but let's learn that we have decided to live together despite our differences, and we cannot prohibit the mixing of populations.

So, let's put aside all our differences and let's go together. 🤝🏼💕💕