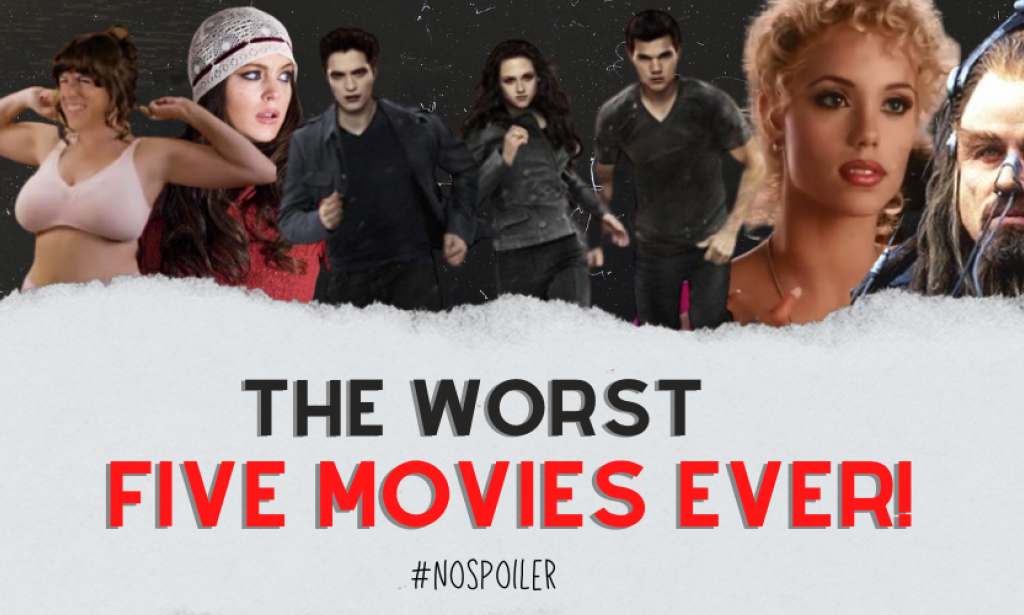 The worst five movies ever!

But what is the “Razzie Award”?

The Razzie, or Golden Raspberry Awards, are awards for actors, screenwriters, directors, movies and soundtracks that were considered the worst of the previous film season.

There are 14 categories in all.

It is held every year in Los Angeles and the prize consists in a gold statuette of a raspberry on a Super 8 ribbon, worth about $4 dollars.

But let’s move in our ranking:

The most award-winning film ever is Jack and Jill, which in 2011 received 10 Razzies in all categories for which it was nominated.

To the third place The Twilight Saga: Breaking Dawn – Part 2, which in 2013 was a nominee in all ten categories.

To the forth place Showgirls, won 8 Razzie Awards and was named the worst movie product of the year and the 1990s.