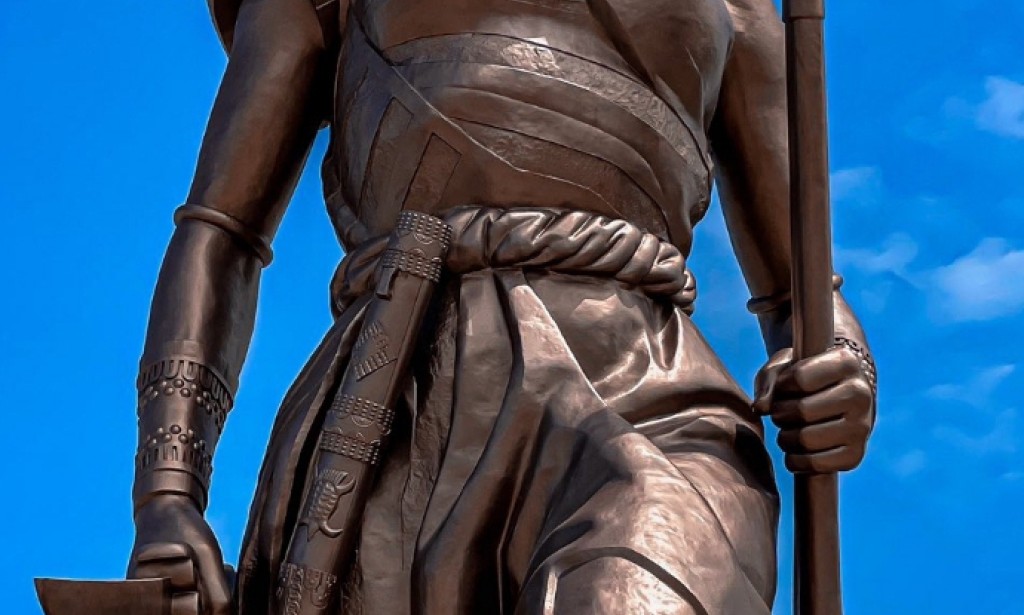 In tribute to the valiant ''Amazons, the Agodjié'' of Dahomey (now Benin), a statue erected!

The Dahomey Amazons (Fon: "Agojie", "Agoji", "Mino", or "Minon") were a Fon all-female military regiment of the Kingdom of Dahomey which existed from the 1600s until 1904.

Bow down to the most exceptional female #warrior who ever lived (TassinHangbè).

💪🏾 Ultra-powerful, the Amazons of Dahomey formed an exclusively female army, which their statue "L'AMAZONE" has finally unveiled in Cotonou, Benin 🇧🇯.

👉🏿 30m high.... The #monument entitled ''Amazone'' aims to establish a strong identity symbol in tribute to the Amazons of Dahomey.

👉🏿 This is a metal structure statue with a bronze envelope with an overall height of 30 meters.

👉🏿 "By this monument not only pays tribute to female bravery, but places women at the heart of development".

The place d'AMAZONE has been the new attraction in COTONOU, Benin.

🎥 And the story of these warriors has been told in a film, with the incredible Viola Davis in (The Woman King!), the #1 Movie in America with an A+ Cinema Score! Now playing exclusively in theaters since September 16.