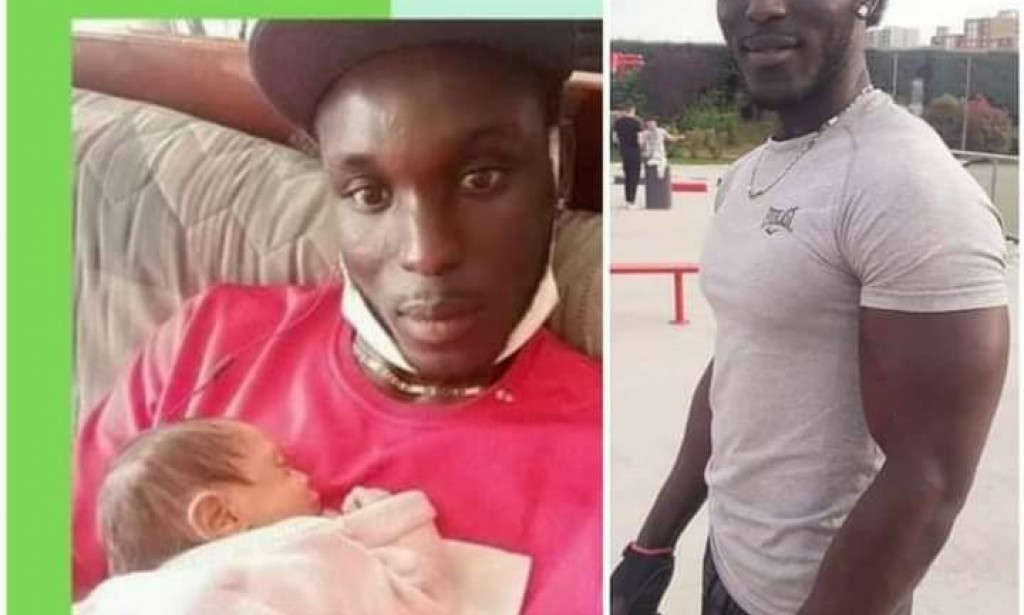 TRIBUTE TO YUSUFA. Saturday, June 5 at 2 P.M. in homage to YUSUFA in Saint-Étienne's neighborhood, France.

All has on social networks very recently "#NEGROPHOBIA KILLS, HATE ANTI-BLACK HAS JUST MAKE A NEW #MARTYR IN FRANCE 🇫🇷" That is what they post everywhere!

YUSUFA an Afro dad, of a 3 month old baby Stabbed to death in Saint-Étienne in France by a gang after racist insults: "DIRTY BLACK, DIRTY NEGRO, WE GONNA PULL OUT YOUR BLOOD"... That's what the Gang were saying.

Negrophobia is alive and well, 'like stupidity itself' In France, attacks and killings have been on the rise for some time. And there are no rational explanations for this.

“Threats and violence targeting blacks have increased since then. And yet the authorities seem to be deaf and dumb! Why?"

That is the question asked the inhabitants of Saint-Etienne, after this umpteenth negrophobic murder which affected blacks in France and elsewhere.

They are called for an urgent bill to fight against anti-black hatred.

A reform of national education in order to reduce ignorance and develop the teaching of African history by qualified historians in French schools, in order to help the generations of tomorrow to make links between individuals and civilizations from which they originated.

“The stabbed 26-year-old man killed in the Colette neighborhood in Saint-Étienne on Wednesday night during a scuffle believed to be linked to negrophobic slurs did not survive his injuries, prosecutors said.

Why so much hatred on this earth?

Why is our skin color disturbing?

Yet we appreciate everyone... White, black, yellow, whatever the color, we are humans, we are not the prey!

You have to learn to accept others. Sooner or later the justice of God will be done!" This is the message of the Saint-Étienne's youths after the murder of YUSUFA.

The murder said to be negrophobic/racist, after racist insults: "DIRTY BLACK, DIRTY NEGRO, WE GONNA PULL OUT YOUR BLOOD." But a Guy has to testify. He said,

“It's possible that there were racist insults (that wouldn't surprise me) but that's not the reason for the crime.

It's not a racist murder, but it's just as shocking...

I live in the neighborhood in question in Saint-Étienne.

It was a mess that came to hand, with an Armenian who was drunk and lost...

To revenge himself he went to look for a knife and came back with his friends to take revenge, He stabbed Him and killed him...» Says a young man who lives in the neighborhood. Nelson B.

"It does not change the fact that it is a bunch of cowards and I hope that justice will be done, because this kind of aggression in the middle of the street should not go unpunished." Added the young man.

It's sad for Africa, coz we are the most oppressed people on earth! Africa must move, if we don't move the awakening will be very very painful!

Silent walk on Saturday, June 5 at 2 p.m. in homage to YUSUFA in Saint-Étienne's neighborhood, France.

My condolences to the family, his wife and loved ones. Rest In Peace!!😢