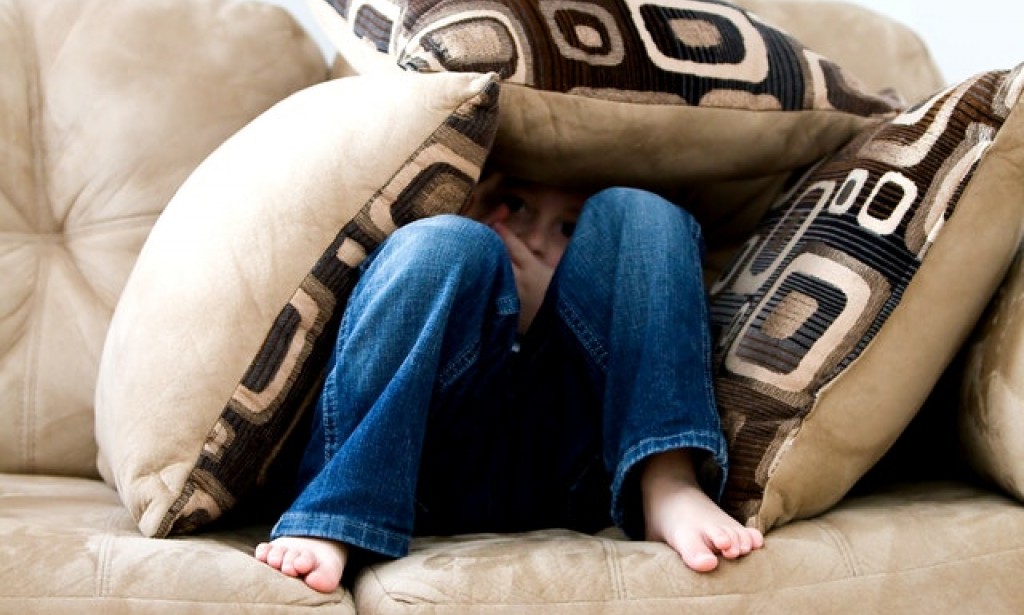 "We think your son has Pathological Demand Avoidance."

I had no idea how to respond to that, least of all because I had no idea what the Head Teacher had just said to me, and given it started with the word "Pathological", it sounded pretty damn scary! My head was spinning. I didn't know what to think, and the four walls of his office suddenly seemed a lot closer than they were a minute previously. I took a deep breath...

"So, I have 2 questions: firstly what does that mean? and secondly what is this based on?" I asked tentatively, trying to sound calm.

"Well, from everything we have observed, it appears that he is unable to cope with the demands of everyday life, and it is clearly manifesting in school."

I knew my youngest struggled with sensory issues (clothing, space, noise) and had epic meltdowns mainly at school, but these did not always appear to relate to sensory issues and nobody had been able to work out what the "other" triggers were as yet, until seemingly...now. I had spent the best part of 2 years flinching whenever my mobile rang whilst at work, knowing it was a matter of when and not if, the school would call for me to pick him up early. Even on the days that I had not received a call to pick my son up early, I would enter the school grounds with trepidation and a heavy heart, and sigh the biggest sigh of relief each time his teacher nudged him in my direction without calling me over for "a word".

I was always wondering...What would be next? His various outbursts at age 4-6 had included emptying shelves of toys and books all over the floor, throwing everything off the pegs in the cloakroom, kicking a rubbish bin repeatedly for over an hour, throwing things around the classroom, growling at teachers, pulling hair, climbing up a tree and refusing to come down, hiding under a chair in the school library, banging his head under a desk or against a wall, scratching himself, biting himself, punching himself in the head, threatening to kill himself at the age of 6! (but never hurting another child!) Although he was verbal, he struggled to understand, manage and communicate his feelings and emotions and his teachers were therefore unable to understand what was going on inside him and what was causing him so much stress and anxiety. He had cried so many tears. I had cried an equal amount alongside him.

"It's also known simply as Demand Avoidance and is part of Autism Spectrum Disorder. It ticks all the boxes and we are fairly certain that this is one of the main issues, alongside his sensory struggles, causing his uncontrolled behaviour at school".

This conversation was the real start to finding a way to help my youngest to access the school curriculum in a way that doesn't make him as anxious, overwhelmed and exhausted as it had been making him feel the past couple of years. It was the start of conversations that would take us down the road of further Educational Psychology assessments, Occupational Therapy assessments and have us waiting on the CAMHS register for assessment. It would take us down a road of paperwork, the likes of which I had never seen before, from school referrals to GP and Ed Psychs, to GP referrals to Consultant Paeds and CAMHS, from Paeds to OTs, Family Support workers, Sendias support workers and Local Authorities. I lost count of the number of meetings I had, the number of times I had to recount my son's struggles or write up "histories" for the next professional in the queue. I became over familiar with it all such that it felt that I was starting to short cut my responses and not give each response the due diligence and correct level of input it required, but you see it was all so very exhausting: emotionally, mentally, physically.

I did a lot of research on Pathological Demand Avoidance (PDA) and Sensory Processing Disorder and concluded for myself that my son fit the profiles to a "T". Fortunately, the OT and Ed Psych both concurred and the school provided sufficient documentary support to ensure that the Local authority had no choice but to grant an Education and Health Care Plan (EHCP) which provides my son with the right level of support to help him to cope in school. Both his sensory struggles and demand avoidant behaviour are highlighted in his plan along with strategies to help him to access the curriculum and give him the best possible opportunity to achieve his own potential.

As a result of the support provided in school and the conscious actions of us, his family, at home, to reduce the level of demands placed on him and help him to manage his emotions and learn to communicate better, he is now much happier in primary school, is actually enjoying most subjects and is able to spend at least 50 % of his time in class (most of the rest is still spent doing his classwork but in a quieter separate area to give him the space and refuge he needs to enable him to cope through the rest of each day). He has 1:2:1 support for part of each day, reduced workloads and demands placed on him and is given a few movement/ "choosing time" breaks each lesson. This from a child who a year previously was unable to spend more than 5 minutes of each hour in class and had to have all of his lessons provided to him on a 1:2:1 basis in a separate room.

My son is not as yet officially diagnosed by CAMHS as having a PDA profile, or having Sensory Processing Disorder, although these have been mentioned in official assessment documentation by a number of professionals and both Educational Psychologists and Occupational Therapists have mentioned his obvious sensory struggles and demand avoidant behaviour. I don't, however, see it so much as putting a label on my child, as finally identifying the cause of his struggles and therefore having the means to identify and implement the correct strategies to provide him with the support that he needs to cope and enable him to live as normal a life as possible. When he is not struggling with sensory issues and demands are kept low, you would probably not even realise or appreciate that my son has sensory issues or a PDA profile as he is then able to cope much better with everyday life, and to the untrained eye, he then does not appear to present with any issues/challenges.

"Pathological demand avoidance (PDA) is a profile that describes those whose main characteristic is to avoid everyday demands and expectations to an extreme extent."

For those who struggle with PDA, what may seem to others as a simple request to do a small task, can in fact be an overwhelming demand which creates immense anxiety and stress. In a school environment this means that strategies need to be implemented by the teaching staff and SENDCO that provide a flexible and adaptable approach, reduce the workload, spread it out over a longer period, and provide lots of movement and creative breaks and timeout for the brain. Teachers need to be able to recognise when children are triggered and be aware of when their anxiety levels are heightened so that they can address any issues of sensory and emotional overload, fear of uncertainty and communication difficulties in a non-direct manner so as not to exacerbate the situation. Those with PDA profile may try to avoid the demand being placed on them by making excuses, creating distractions, hurting themselves, interrupting or adopting a more serious flight/fight approach. The child needs to be given the illusion of control through the offering of limited choices and being encouraged to focus on their own ends goals and the requirements needed to achieve them. Make no mistake, this is not simply a need to avoid doing the mundane, unpleasant or unappealing tasks that are thrown our way each day; it is far bigger than that and extends to the most basic demands in our everyday life. Unfortunately it is often misdiagnosed as it looks very similar from the outside to conditions like ODD and ADHD.

The term PDA was coined by a British Psychologist, Elizabeth Newson, and describes "an anxiety-driven need to be in control and avoid other people's demands and expectations"

The key features of PDA include:

1) resisting and avoiding the ordinary demands of life

3) appearing sociable on the surface

5) being comfortable in role plays and pretence

6) Obsessive behaviour that is social in nature

If anyone has any questions that they'd like to ask me, comments they'd like to share or simply want to engage on the subject, I'd be happy to reply. Just hit me up in the comments. I hope this article provided a useful insight into a critical subject for both children and adults alike who have a PDA profile :-)

Very useful articles which look at some of the above can be found here:

More information on PDA can be found here: pdasociety.org.uk