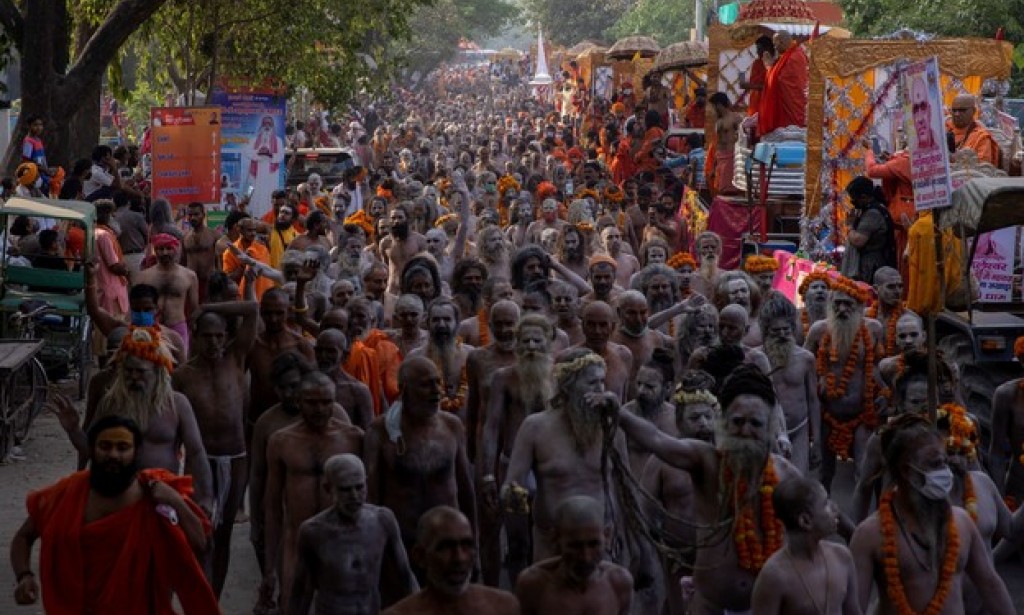 While the masses celebrated at a religious festival: India recorded a record number of new infections per day

"It is very difficult to be fined when there is a lot of overcrowding": In the midst of the Kumba Mela religious festival in India - the country's authorities announced today (Wednesday) that 184,372 new infections have been diagnosed in Corona in the last day - a record number of infections per day in the country. Despite the data, the police inspector general said that during the morning about 650,000 people took part in bathing in the Ganges River as part of the festival.

Despite the serious illness, hundreds of thousands of devout Hindus took part in a bathing in the Ganges, as part of the third key day of the Komba Mela Festival. The Inspector General of Police, Sanjay Gongiel, estimated that about 650,000 people participated in the bathing. "People who do not follow the social restrictions in neighborhoods are fined," he said, adding: "But it is very difficult to fine people when they are very crowded." According to the Reuters news agency, there seems to be very little evidence of social distancing or wearing masks at the festival.

Since the beginning of April, India is ranked first in the amount of new infections per day. The government blames the public for refusing to obey the instructions of the movement between the districts and the social interaction.

India's richest country from the police, the focus of India's second wave where there are a quarter of cases in the country, begins today with a new round of closures and restrictions in an attempt to curb the spread of the corona virus. In western Gujarat state, local media showed a long line of ambulances waiting outside the regional hospital.