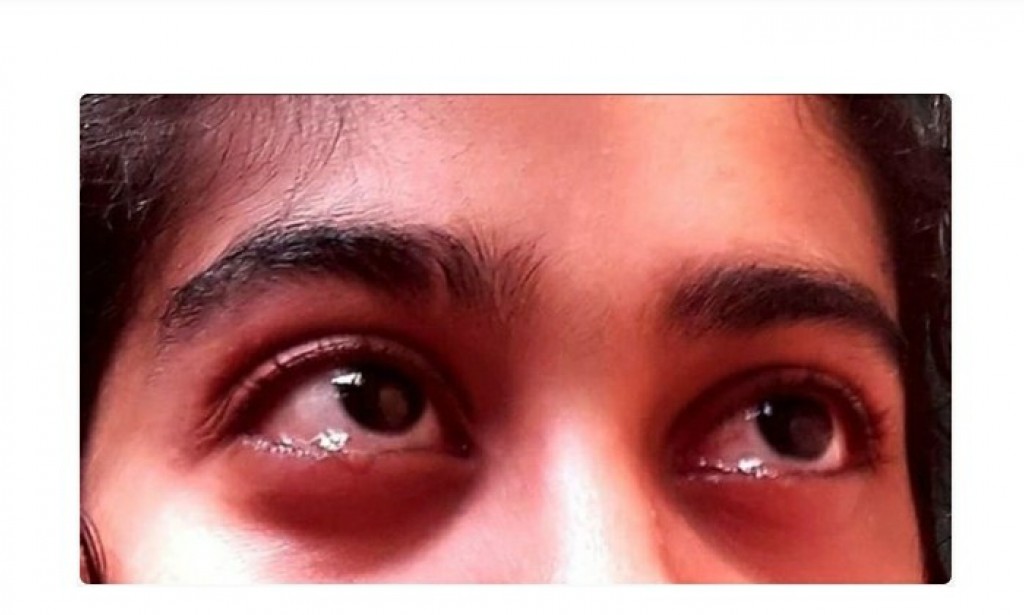 Have you ever seen a doll that can transform herself from a Barbie to Annabelle or vice versa in a few seconds? If not, you should light on my sister. Facially, she is a carbon copy of my father and mentally she lives on another planet.

She is nine years old today and way mature than me. She is bright with studies, good in sports and copacetic with friendships. Our relationship as a whole is like any other sibling relationship- we fight, she is younger and cries and as always gets the sympathy and I get the scolding and in between all that, she adds fuel to the fire. She loves to write meaningful content unlike me and maybe the reason for that is that she is a Virgo.

Another thing, she is my mother’s pet and cannot be trusted with secrets. I have an experience with that and the story goes like this. I know this would be lame but that is how I was at the age of early twelve. To be ‘modern’ I started listening to English songs and at that time, I understood nothing.

I was never into music. All I used to listen to were the Hindi songs that came between movies that we rarely watched.

My first celebrity crush was Justin Bieber. His thirteen-year-old baby face- that smile and his cuteness took me to another planet. Like all Beliebers, I thought “I could die for this man”. I have a funny memory with this early fanatic soul. My theory goes like this- whenever Justin is happy, somewhere deep down, because of my love, I am sad and so, I need to stay unhappy to keep him content.

Other than that, when I got an addition of meditation with essential oil, I would light up the room with rose flavor and imagine ‘us’ together.

Kai, my friend was nine that time when I told her about Justin, and in our gossip, my unintelligent sister grasped a ‘boy’s name’ and informed my mother. She even found out the sketch I made- of his face- fully immaculate.

One can guess her reaction after that and in anger as well as embarrassment, I burnt my beautiful sketch. Even today she taunts me for the same and mispronounces his name to remind me that she is the boss over my brain. Now, the funny thing is, she doesn’t even know that after him, I have millions of celebrity crushes.

In the end, I would culminate by saying that my little sister, Ari, is a dolt and only I have a right to fight with her and if anyone will ever try to harm her, he will be departed from this life by me. Yes, I love her the most. Period.

Till now I had laid down the groundwork for you to understand my day-to-day life. Well, the real story will start now.

Thenceforth, Gillu (squirrel) lost his tail; I preserved it in an airtight earphone box after wrapping a safe layer of cotton around it. It became my daily habit to look at it, kiss the box, and stay nostalgic all the time.

I prayed to god to keep him safe but as he always does the reverse of what I want, on the day of his refresh it rained deliberately. That night, I, a heavy sleeper couldn’t sleep. I was reliving the time we spent. Do you remember he used to clean his whiskers? Will the eagles kill him? Is he even alive in this cold? Thousands of questions kept on revolving around me and I stayed paralyzed on the bed.

After a sleepless night, I was up early bright by the chirping of mynas. I tried to shoo them away by moving the pink curtains when my eyes saw the sight of my Gillu! He was really there!

My heartbeat was so loud and I jumped off the bed. I opened the window and called his name in my sweetest sobbing tone possible. My expected reaction irritated him. The disgust he felt was clear on his face- he lost my trust.

I tried to lure my dear with almonds but he got scared by it and ran away to hide under the A.C. Then, I had no option but to catch him and due to that attempt, he ran away in the wild and never appeared again.

I highly regretted the decision I took not even twenty-four hours ago but what could I do now? Nothing! Did his desire for freedom cost him his life? If I was a ninja and could climb walls then maybe I could but- ah!