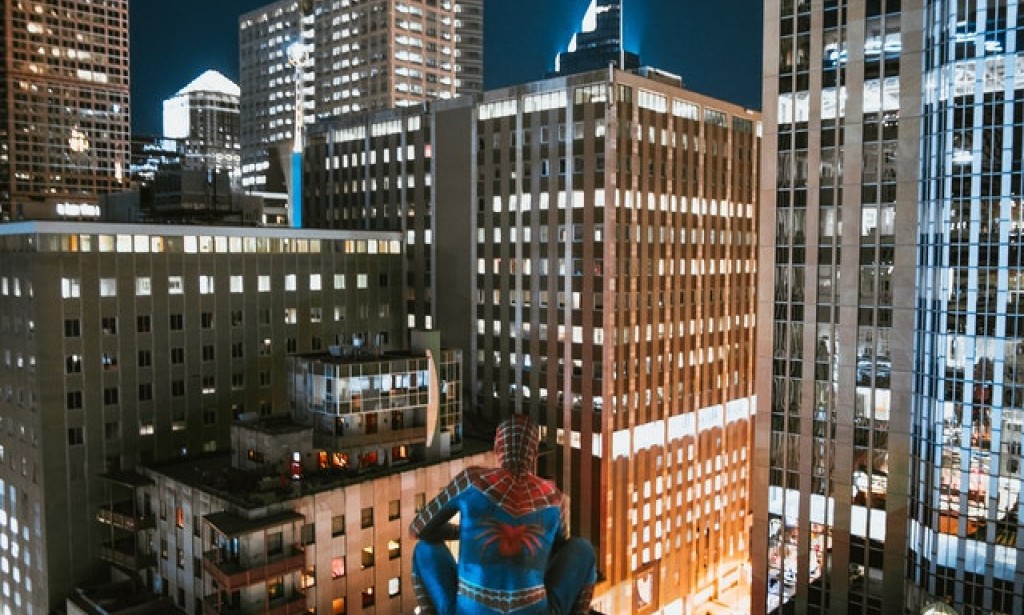 Most people will recognise this iconic phrase as the one attributed to Peter Parker’s uncle, Benjamin Parker, in the Marvel comic strip, Spiderman, but I wasn’t aware that it was also, as a result, therefore fondly known in comic lore circles as the “Peter Parker” principle.

It comes down to the concept of having an awareness of how one’s position of power in a community, impacts that community, and ensuring that one manages the exercise of that power responsibly, exercising necessary restraint, ensuring due diligence is always conducted before one acts or speaks, and having accountability for one’s actions. This is of particular importance when one occupies a position of such privilege as it gives you the ability to affect the choices and decisions of others, for the better or worse.

The actual phrase or very similar can be traced back to the French Revolution and to a collection of decrees made by the French National Convention in 1793 which translates as “They must consider that great responsibility follows inseparably from great power” So, it is not simply a concept of superhero origins, although truth be told, responsibility with accountability is a superpower in itself, but a tenet of democracy and governance itself. Unfortunately, those who don’t exercise restraint with their power, are often those who would wield it recklessly with no thought of the consequences for others, or simply because of the sadistic and narcissistic pleasure they seem to derive as they bandy it around for all to see.

People in these positions are often idolised or revered, sometimes highly respected, and as a result what they say to their fan base or supporters is often taken at face value, unquestioned and unchallenged by the masses. People simply expect the messages being conveyed to be true, because they trust the messenger, due to their high profile. They expect that the messenger has done their due diligence before giving that interview, blogging that article or tweeting that tweet. But expecting something to be true …doesn’t necessarily make it so.

We are living in a world where some thrive on power for power’s sake; where, sadly, power is not always wielded responsibly. Where thoughts roll off the tongue without any thought for the welfare of those affected by the drivel being dished up. From past political leaders with huge followings whose reckless tweets arguably promoted action that subsequently went on to result in criminal behaviour and unnecessary civilian deaths, to stars of film and tv who sometimes endorse products simply for the paycheque that follows. These people have millions of adoring followers who would not give it a second thought to follow the advice given by their erstwhile mentors.

And so enter into the cryptospace…Mr Elon Musk.

Musk is undoubtably a brilliant and wealthy tech savvy entrepreneur and innovator. He has received international recognition for his achievements, winning multiple awards in the process.

Think… X.com (Paypal), Tesla, Space X, Open AI, Solar City, and Hyperloop, and a variety of charitable causes to top it off. Most of the aforementioned are household names. From online payments to electric cars, space exploration to artificial intelligence, solar power to high speed rail systems, Elon Musk is lighting the path for others to follow. He is a brand unto himself and there is little doubt that his influence is immeasurable. This makes him an extremely powerful individual.

So when Elon Musk has something to say, people quite simply listen. They listen when he gives interviews, they read when he tweets, they even listen when he hosts Saturday Night Live (a comedy sketch of all things!). But should they believe everything they hear or everything they read, just because of his noteworthy accolades and the revered position he has carved out for himself in society? Perhaps…perhaps not. Just because someone has great knowledge, experience and ability in one or more niche fields, does not mean that that person will be the oracle in all fields or that, being human, they are not also capable of falling at any given hurdle exposing their human fallibility.

Now as I said at the start of this article, “with great power, comes great responsibility”. Having initially invested $1.5b in Bitcoin through Tesla and then subsequently selling off $250m to support Q1 Tesla profits, I would like to think that Elon knows a thing or two about cryptocurrency markets and bitcoin in particular, and I’m guessing that those news stories gave others a similar comfort.

When Elon tweets about bitcoin, the market reacts. When Elon tweets about DOGE, the market reacts. In fact when Elon tweets, the market reacts. Now the market is largely made up of institutional whales and Wall Street traders but it also has a “small guy” component. You know, the average Joe or Josephine who is just hoping to make their lives a little brighter, a little better than it was before with one or two little savvy investments, and who better to follow, than Elon Musk, entrepreneur and innovator extraordinaire, right? The problem is that Elon’s oftentimes random tweets in crypto have the effect of contributing to a pump and dump mentality. He speaks his mind with little filter (something he himself attributes to having Aspergers). His initial investment in Bitcoin together with his announcement that Tesla would be accepting Bitcoin in payment for vehicles, helped to push BTC to new highs. Everyone wanted in on it. He then u-turned on the currency within the space of months, halting all further Tesla Bitcoin investment, reversing Tesla’s decision to accept bitcoin as payment, and the market dumped hard.

Now I’m not so naïve as to believe that Elon was the sole cause of the BTC crash this time around. There were other factors sure: long overdue market corrections, Chinese rumours, whale profiteering. Elon’s change of heart also came from what many will call altruistic origins and was based on Bitcoin mining’s massive energy footprint. But his words had an impact and paper hands panicked losing money. The exchanges shed newbies and those who could not afford to lose their entire investments.

Now on the one hand, it was commendable what Elon did and those who care about our planet and the sourcing of green energy will hail him as a hero. But on the other hand, his seemingly whimsical relationship with BTC and DOGE is literally playing with other people’s livelihoods. One could say, ‘hey everyone lives in choice and they shouldn’t be so naïve or they should do their own research’ (DYOR as everyone always says as a form of disclaimer at the end of their “this is not financial advice” personal opinion pieces on crypto) but when an influencer like Musk says things, however fickle or whimsical, it prompts a response. However, people may have done other research when Elon started investing in Bitcoin and Tesla’s involvement may have been the cherry on the top of the cake that convinced them to go all in, then Elon jumps ship soon after sailing. With the captain gone, the ship is adrift and everyone panics.

Elon said on SNL in May this year that “I sometimes say or post strange things, but that’s just how my brain works”. On SNL he both pumped and dumped on DOGE in the course of a single hour, and the currency crashed hard after the show, leaving those who had placed their trust in Elon’s pump of DOGE over the past few months, potentially holding a bag of proverbial shitcoins. Now some may believe that the meme token has a future, and only time will tell if that is in fact true, but those who invested on his hype in the weeks leading up to the show and bought at ATHs, lost big if they sold in the dump, and will have to have played with diamond hands and freecashflow to spare, to still be in the game.

No matter what the reason or motivation for high profile influencer’s candid unfiltered online commentaries (be it narcissism, egotism, boredom or genuine medical conditions), the result is still the same. Followers trust, followers follow…and he has millions of them (myself included).

So should we hold Elon Musk to the same platitude? Should he shoulder the responsibility of tens, hundreds, thousands if not millions who take him at his word, no matter what? Or should the average Joe and Josephine learn not to trust so deeply, to DYOR and not rely on single sources of information, or at the very least apply their own filters, learn from their mistakes and tread more carefully next time around?

With great power, does come great responsibility, and Elon, like others in his position of privilege and power should adopt a more measured approach to his social media and other media based interactions. At the very least we know that he recognises what he is doing and appreciates the impact of what he says (as he took the time to explain it) and so he should take steps to counter his unchecked, unfiltered spontaneous ventures into the online world. He has to take responsibility for the position that he holds in society.

In the end, however, we are all held to account and we are all accountable, and so we all bear a little responsibility for the actions that we take and cannot simply expect others to bear the burden of responsibility entirely for the rest of us. If those in positions of power around us consistently fail to filter their thoughts or act responsibly and effectively, we should ensure that we filter for them all. As masters of our own lives, we are all in tremendous positions of power, and as the saying goes, "with great power comes great responsibility".